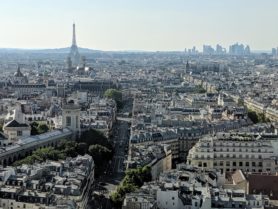 From August 25th to 31st, I had the opportunity to attend the first ever Institut de Biologie Paris-Seine (IBPS) Summer School on Endocrine Disruptors. The course was held at the Pierre and Marie Curie Campus of Sorbonne Université in the Latin Quarter of Paris. This five day course (conducted by experts in the field from the University, the Muséum National d’Histoire Naturelle, the French Agency for Food, Environmental and Occupational Health Safety, and other French research institutions) introduced 16 PhD students and postdocs to a wide range of topics in endocrine disruptor research. In addition to lectures on the history, theory, monitoring, effect analysis, and regulation of endocrine disrupting chemicals, a significant part of the course was devoted to giving us attendees hands-on experience with the research methods used by the invited lecturers. 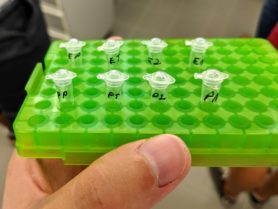 Solutions prepared for a PCR analysis.

This involved an excellent mix of both computer-based methods (like statistical analyses of metabolic pathways and image processing of various biological samples) as well as experimental lab work like conducting a PCR analysis to detect a specific gene in an insect model and fluorescence imaging of tadpoles to investigate the impact of an endocrine disrupting chemical.

Throughout the course, we had thought-provoking discussions on the following topics: 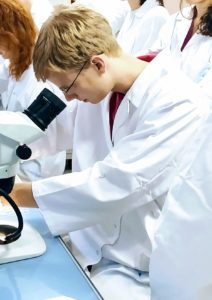 One of the big takeaways from the course for me was that the endocrine system is not only a very sensitive biological system, but that its disruption by exposure to endocrine disrupting chemicals in the environment can have truly profound effects on individual organisms and the population as a whole. Particularly interesting is the fact that the timing of exposure to endocrine disrupting chemicals in the developmental progress of organisms plays a critical role in the impacts that this exposure can have. This has very interesting implications from an exposure modeling perspective (which is my role within the ECORISK2050 project)

I felt very fortunate to have been accepted into this enriching short course. Besides the fact that the material was fascinating and presented in a highly engaging way, it was enlightening to be able to discuss the state of the science with experts in the field, and also get a hands-on demonstration of the difficulties and uncertainties associated with developing chemical hazard information that, as a modeler, I can often take for granted. 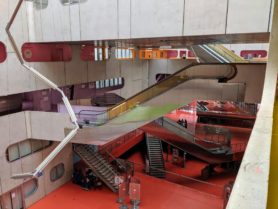 Since it was Paris, of course the inside of the University looked more like an art museum 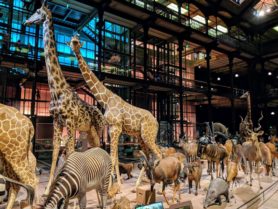 Guided tour of The Grand Gallery of Evolution 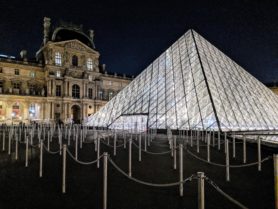 Classes during the day, exploration of Paris at night